Startup Weekend A Success For Callcap’s Michael Neth & Our Community 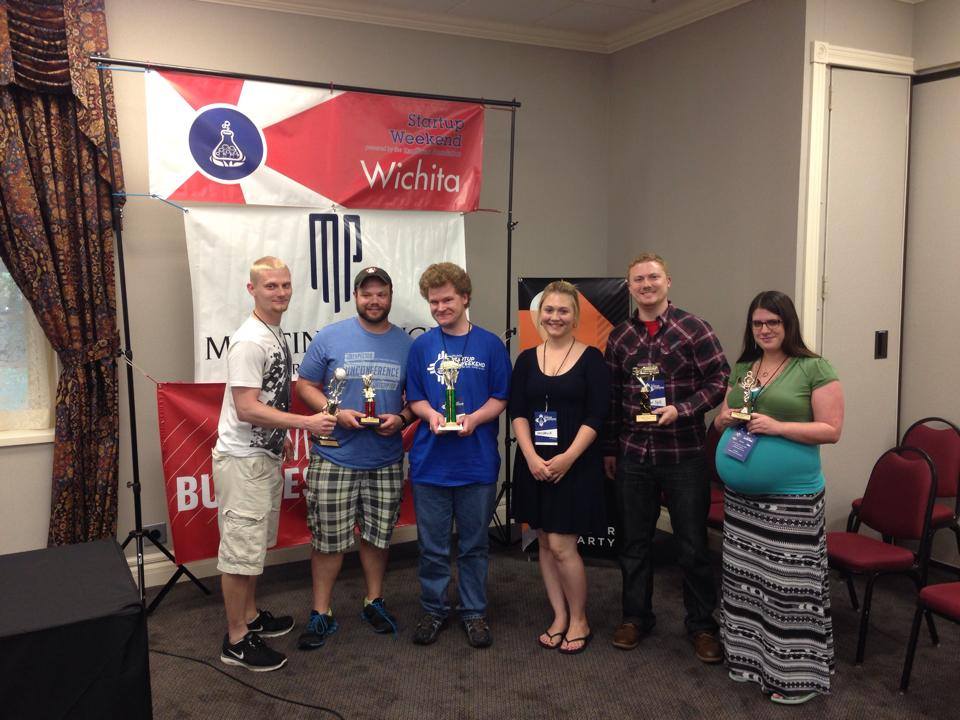 We have a special place in our hearts for newly minted small business owners. We know what it’s like to start out with a small staff and a big dream, and that’s why we’re committed to our startup clients. We’re invested in helping grow the entrepreneur and technology communities in our hometown of Wichita, Kansas—and that’s why we’ve been an official sponsor of Startup Weekend Wichita since its inception.

At Startup Weekend, active and empowered entrepreneurs who are learning the basics of founding startups and launching successful ventures have the opportunity to pitch ideas, form teams, and start companies.

At this year’s Startup Weekend, for the second time in a row, Callcap’s own Product Design/Development Lead, Michael Neth, won the grand prize with his idea of “Bang & Burn.” Michael, along with his teammates Michelle Frikken, Matt Neth, James Young, Dominic Greene, and Robin Fertner, had 54 hours after pitching their idea—a hybrid card game/mobile app of hacking, secrecy, and mutually assured destruction—to create a business model, design, test and refine the gameplay, print prototypes of the cards and game box, and undergo market evaluation. They then presented in front of local entrepreneurial leaders, who voted on a grand prize (Judge’s Choice) winner—them!

Michael says his experience as a Callcap employee helped his team take the top spot.

“Working on projects that real people use, like the Callcap App and our other systems, has helped enormously to refine my product design “eye,” and at Callcap, we have to move fast. Those skills definitely came in handy when we had only 54 hours to develop an idea that people would like, that we are passionate about, and that the judges would see the value and potential in.”

The team, now named 54 Hour Game Co., has plans to refine the game and launch a Kickstarter project to fund its initial production run. To find out more about Bang & Burn and the team’s future projects, visit 54Hour.com, or find them on Twitter.

“Thanks to resources like Startup Weekend, I can imagine a time in the not too distant future that when we say Callcap is based in Wichita we hear “Awesome!” instead of “Oh really? Where is that?” Startup Weekend is really helping to jumpstart an entrepreneurship and technology community in Wichita, and Callcap has been a big part of that community for more than 10 years now. We all benefit when the community is bigger and stronger.”

Not only are we proud of Michael’s team (and eager to see how their idea develops), we’re proud to sponsor an event that fosters innovation and entrepreneurship in our own community.

Whether you’re a Main Street mom-and-pop shop or a Wall Street corporation, let us show you how we can provide the tools you need to better serve your customers. Get in touch today to find out more.

Why Marketing Agencies Should Offer Call Tracking to Their Clients

Why you should consider a text channel for your business